The film trailer has reportedly broken all the records worldwide, Sushant fans have shown immense love and support to the trailer.

Can’t believe such a talented young, dynamic , full of life actor left us. You were truly a humble , kind hearted person! Will miss u! #justiceforsushantsinghrajput
Whenever I watch his any song or this trailer my heart thinks about him and realizes that he is still with us. But my mind reminds me that he is no more with us.😞 But he will always be alive in our heart.❤ Missing you so much #SSR 😣♥️♥️♥️
Love ❤️ from his dedication gonna miss him a lot from entire heart and heartfelt condolences to his loved one ❤️
Sushant always alive in our heart 💞💕💞
While watching this trailer it really didn’t felt like ssr is no more . But now we have to face it .it is our fault. And yeah I cried 😭 at the end of the trailer 😭😭
Fans have gathered on the internet from all over the world, showing love by sharing, commenting and expressing their love for beloved Sushant.

RELATED  It's Official! David Harbour Is Engaged To Lily Allen! Here's How!

– Trailer out in less than an Hour

Director Mukesh Chhabra shared the news on his social media account with a new poster of the movie.

In the poster, Sushant is seen riding a bike, while Sanjana Sanghi is seen sitting holding him with her arms, ”Only love”, Mukesh captioned it.

The film, set for a digital release on July 24, in Disney+ Hotstar, and will see late Sushant and Sanjana in a lead role and Saif Ali Khan in an interesting cameo. The film was earlier scheduled to hit the theatres on May 8 but got postponed due to the coronavirus pandemic. 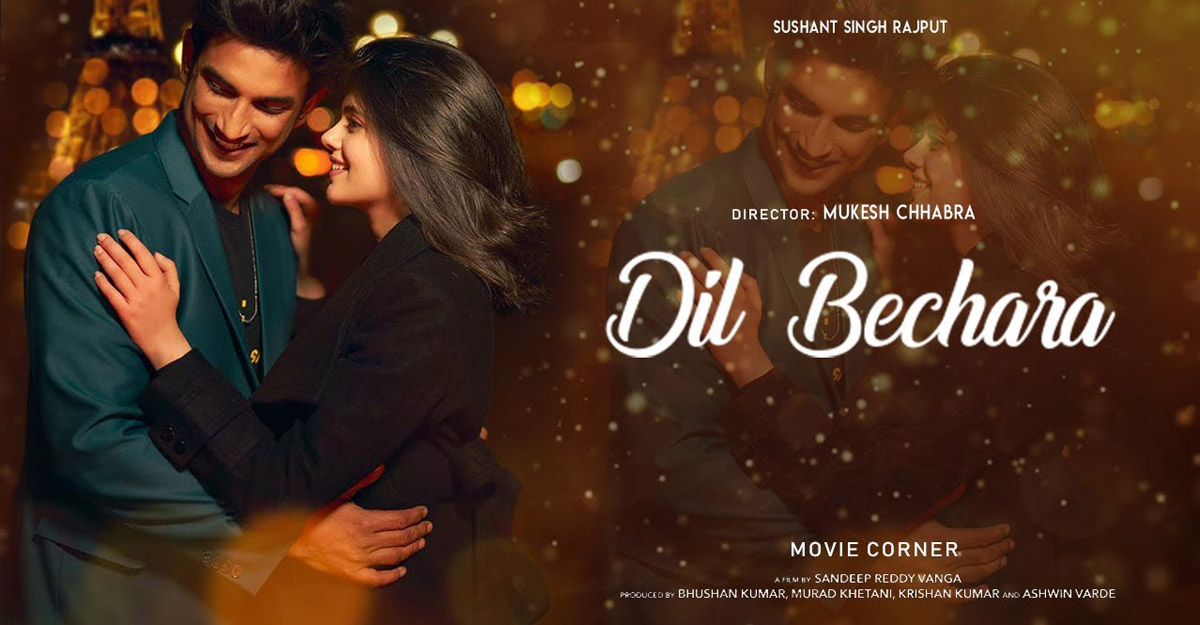 The movie is the official remake of the 2014 Hollywood romantic drama ‘The Fault in our Stars’ based on John Green’s popular novel of the same name. The film is based on the relationship between two terminally ill patients.

Sushant Died by Suicide on June 14, 2020. He was found hanging in his Mumbai Bandra residence. Sanjana Reha and director Mukesh have also been investigated by Mumbai Police in connection with Sushant Singh Rajput’s suicide case.

Liam Payne Announces A Major One Direction Reunion!
Jada Pinkett-Smith: Did She Cheated On Will Smith?