Mirzapur took the entire Indian web series scene by storm when it was released back in 2018. It was unlike anything India had seen before outside of the bigger cinema screen. Mirzapur brought the grit and the edge that the mainstream had been missing for years.

Mirzapur features a cast consisting of veteran star Pankaj Tripathi along with some already established and some upcoming stars such as Ali Fazal, Vikrant Massey, Divyendu Sharma, Shweta Tripathi in lead roles. The premise of the show is based around Uttar Pradesh’s crime-ridden region named Mirzapur, which the show gets its name from. The show is influenced by the real state of Mirzapur and some other suburbs of UP that are engulfed in drugs and mafias.

Pankaj Tripathi stars as Akhandanand Tripathi who plays a pivotal role throughout the story. Known as Kaleen Bhaiya, Akhandanand is a millionaire who basically rules Mirzapur. He runs a carpet business for the show but his empire is built on smuggling and illegal trades. Having politicians and the police in his pockets has basically made him invincible to any resistance. However, his own home houses a rebel that is his son Munna, played by Divyendu Sharma. Munna aspires of becoming the one to rule the whole of Mirzapur.

However, his father does not think of him as worthy enough yet which irks him. As a result he keeps trying to establish his own fear and control over the town of Mirzapur. His shenanigans lead to mishaps that get two brothers, Bablu and Guddu, intertwined into the whole fiasco. Ali Fazal stars as Govind Pandit aka Guddu and Vikrant Massey stars as Vinay Pandit aka Bablu. The mature and dark series follows the lives of these people completely altered by the unforgiving town of Mirzapur.

Mirzapur was one of the very first web series to be released in India. It was an instant hit and has been considered a pioneer in the Indian web series scene. It has certainly helped pave way for web series in India. Web series have become a mainstay in the Indian entertainment industry today. It has all have been for better, too. Aside from movies, we only have daily soaps and TV serials in the name of entertainment. They are full of repetitive storylines and flashy effects with problems that no one faces in real life. Mirzapur and other similar web series tried and succeeded in giving us better alternatives to the facade that has been going on our TV screen for decades.

Mirzapur also boosted the careers of everyone involved, a perfect example of which is Pankaj Tripathi. He has been a criminally underrated talent who is finally getting the amount of recognition he deserves. Actors like Vikrant, Shweta and Divyendu too are finally becoming known names. Mirzapur changed a lot and was loved by fans. It has never lost its popularity to this date and jas managed to maintain a buzz. But a big talking point of Mirzapur for a long time has been its second season. 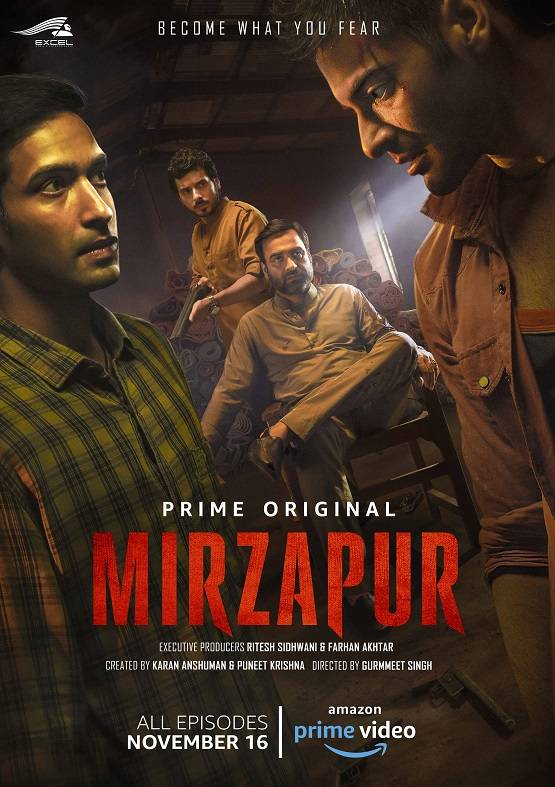 Mirzapur 2 is going to be here soon. Until then, all we can do is wait. While you wait you can rewatch the first season. But if you get done with rewatches you can also spend your time some other similar series in the meantime. There are much great popular crime series on Netflix and Amazon Prime you can watch. The best ones out of those are; Sacred Games, Apaharan, Delhi Crime, Jamtara, Pataal Lok.

With that being said, it is also important to take these series as entertainment-purpose only. Real-life works differently than movies. What might look appealing in a show can turn into a nightmare in real life. Keeping that in mind, just grab some popcorn, have a good time and wait for Mirzapur season 2.